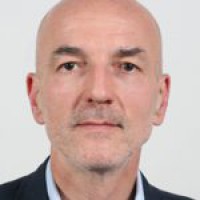 Born in Turin (Italy) in 1961, he graduated in Mining Engineering at the Turin Polytechnic in 1985 and joined eni four years later as a Reservoir Engineer.

In his career, Roberto has covered several Managerial positions in Italy and abroad in Congo, Nigeria, Angola, US and the Netherlands including SVP for Sub-Saharan Region.

Since February 2020, he is serving as Managing Director & General Manager of Eni Rovuma Basin and Country Manager for Eni in Mozambique.