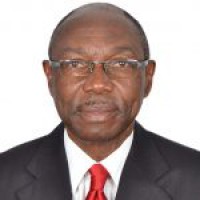 Advisor to the Board of Directors African Renaissance Pipeline Ltd

Kwasi Agbley graduated in 1980, from of the University of Ghana, Legon, where he majored in Political Science and Ancient History. He also holds a Post Graduate Diploma in Analysis & Evaluation of Investments, from the ILO Training Centre, Turin, Italy. After a short stint in Ghana’s diplomatic service, he decided on a career in economic development. He has four decades of progressive professional experience in the promotion of investments, natural resource conservation and the use of tourism as a tool for creating vibrant economies, particularly in limited resource communities. This experience covers work in key positions in the public, non-governmental and private sectors, and with major universities and research institutions, banks, national tourism authorities, and key bilateral and multilateral institutions.

From 2006 to 2010, he was the Chief of Party for the Mozambican Government’s Projecto Arco Norte, which covered the provinces of Cabo Delgado, Nampula and Niassa. In the last decade, he has focused mainly on attracting investments into energy, transportation and telecommunications infrastructure development in Mozambique, the Southern African Development Community (SADC) and lately, Ghana and the Economic Community of West African States (ECOWAS). Amongst others, he is currently Advisor to African Renaissance Pipeline Limitada, promoters of the African Renaissance Pipeline Project. The project aims to provide the infrastructure backbone that will serve to transport natural gas from Mozambique’s Rovuma Basin to South Africa and assure clean energy security for Mozambique, South Africa and other SADC member states.