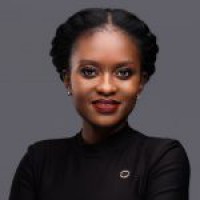 Jocelyne Machevo is a young award-winning mozambican energy professional with an expertise in LNG projects in Mozambique. She has been part of Eni, an international energy company, for over 8 years having joined as a Civil Engineer and, thanks to her professionalism and commitment, she was later appointed External Relations Manager at Eni Rovuma Basin, Eni subsidiary in Mozambique, being the first woman and the first Mozambican to hold a management position in the Company.

She holds a Bachelor in Civil Engineering degree from ISUTC, and a master´s degree in Economy and Management of Energy and Environment from Eni Corporate University in Milan, Italy.

Jocelyne decided to devote her work in the energy industry because she believes that through the creation of comprehensive and sustainable energy strategies, the Country´s giant gas reserves are essential to solve the local energy challenges, as well as accelerating progress towards a sustainable energy future.

Throughout her career, Jocelyne has exhibited exemplary performance, winning the 2017 Outstanding Mozambican Woman in Gas & LNG Award by Mozambique Gas Summit and the 2019 Power Play Rising Star Award powered by ExxonMobil. With 29 years old, she has become a reference amongst the young professionals in the industry and seen as an emerging leader. She has also been nominated to be on the 2020 Most Influential People of African Descent Under 40, Global List.

She is also a vocal advocate for women inclusion in the energy sector in Mozambique and worldwide, as well as youth engagement in leadership. Currently, she is the a member of Mozambican Women in Energy (MWE) and ambassador for Power Play, initiatives that aim to celebrate the women who are playing key roles in this important industry and promote the efforts to create a more diverse and sustainable energy future.